and Lisa Garr
Author, Host of The Aware Show

You can quickly train your brain for more money, motivation, satisfaction and success!

Mark and Lisa will take you through experiential exercises proven to transform your life.

8 hours of video training with Lifetime access from this page.

Why Is Happiness So Difficult to Find?

It’s all in your brain…

and it begins with your ability to find passion, meaning and purpose in life. 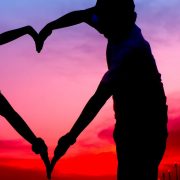 Turn your worries, fears and doubts into unbeatable optimism. 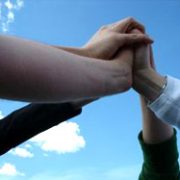 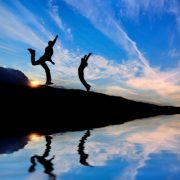 Embrace the power the comes from living a values-driven life.

Strengthen the spiritual circuits in your brain, expanding empathy and self-love.

Here’s What You Get…

Which would you rather be — happy or wealthy? You’ll be shocked at what the latest neuroscience research has to say. That’s the focus of this video, which explores in depth what your brains says about this seemingly simple question.

This video will show you, step by step, how to master your mindset through 7 powerful, evidence-based strategies, guaranteed to help you achieve your goals. Lisa and Mark will walk you through each stage of this brain-changing process.

Meditating on your values will turn on thousands of stress-reducing and immune enhancing genes. Mark will guide you through a series of questions that help you discover your deepest passions, and Lisa will share how she transformed some of the biggest obstacles in her life.

Creating a C.R.A.P. Board

The C.R.A.P. Board has become one of the most popular and widely used strategies to get rid of your….crap! This video is the only program that will take you step-by-step through this amazing process where you’ll identify your top Conflicts, Resistance, Anxiety and Problems. By the end of this master class you’ll feel emotionally elated and free.

NeuroZen: Inside the Living Brain

Lisa calls this “eye candy” and it will blow your mind – along with all of your old conceptions of the brain. View the living growth of neurons and watch how they die when you ruminate on negative thoughts. Lisa and Mark will explore the myths, theories, truths and new scientific research surrounding just how our brains really work.

The Reality We See is Not Real

Mark reveals how your mind and brain create different realities, and demonstrates how many of your beliefs are not real. You’ll learn how to create new inner realities that will bring you deeper happiness and success. It’s a mind-bending conversation, not to be missed!

Spirituality and the Brain

This video focuses on the nature of God, religion, and spirituality as seen through the brain-scan studies conducted by Mark and Andy Newberg at the University of Pennsylvania. Mark and Lisa will show you how to rediscover what God means to you and how any spiritual practice can be used to improve the functioning of your brain and your sense of inner peace.

In this final and most transformative video, Mark and Lisa explore where love and acceptance reside in the brain. You’ll discover where the “second brain” resides in your body, but it’s not in your heart! You’ll then be guided through the most powerful brain-changing meditation that neuroscience has documented, one that is now endorsed by over a 100 world leaders in religion, government, and business.

Mark Robert Waldman is the neuroscience researcher and creator of NeuroWisdom 101. His national bestseller How God Changes Your Brain was chosen by Oprah as one of the “Must Read” books for 2012. A leading expert on spirituality, communication, and  the brain, Mark is on the Executive MBA faculty at Loyola Marymount University. The author of 14 books, Mark has been featured in Time Magazine, the Washington Post, the New York Times, Forbes, Entrepreneur, and “O”, The Oprah Magazine. He has appeared on hundreds of radio and television programs, including PBS and NPR, and his TEDx Talk has been viewed by more than 100,000 people.

Lisa Garr is the host of The Aware Show radio program on KPFK-FM in Southern California. Since 1999, Lisa has interviewed over 1,500 best-selling authors and experts in the fields of health, healing, spirituality, and personal growth. She is considered an expert in the field of lifestyle and transformational media programming and is committed to providing messages that inspire positive growth and change. In addition to being a sought-after emcee, Lisa hosts her own TV show and popular online personal-development teleseminar series.